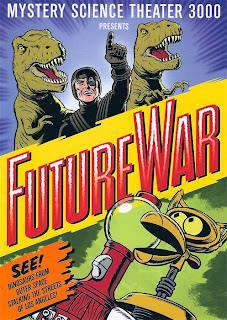 To all of you who know of this fun little flic. It's finally arrived on DVD as of October 28th and yours truly among several of my close friends also appeared or worked on this classic.
To the rest who have no idea what I'm talking about. "Future War" was a film I worked on back in the mid 90's just after I came off of "Mortal Kombat." It was a low budget Sci-Fi movie that starred Robert Z'Dar (Maniac Cop) and Daniel Bernhardt (Matrix Reloaded) plus a lot of new acting talent.
We shot it in the wonderful city of El Segundo (NOT) and on one of the smallest garage/stages I've ever seen. Though it later became a stage I used to shoot my short "Dead Soul" in.
I was the prop master, weapons wrangler, stunts, acted, stood in for Z'Dar in certain shots where they needed and arm insert or someone being tossed around. Mr. Z'Dar's actual stunt double was Kazja who also played the "mullet" cyborg who "The Runaway" fights.
This was back in the day before the digital revolution and we shot the film on 35MM. I have to say that this film has a warm spot in my heart. It was a total wreck to work on most days, but after just coming off of a $35M dollar picture like "MK" it was actually a hellova lot of fun.
Funny enough, I met three of my closest friends on that show and whom work with me now on my productions. We all thought the movie was a gas while filming and this was at the height of the MST3K comedy reign. I had always been a dedicated fan after first watching an episode New Years Eve 1989, or from what I remember, it was a blur.
Regardless, at the time of "FW" we all thought it would be a killer film to be made fun of by the bots and Joel. But the humor never went beyond the room. Since the film was meant to be a straight "Jurassic Park" and "Terminator" knock-off. Needless to say years later before I left LA this little nugget, this wonderfully goofy movie, my generations "Rocky Horror" aired as one of the last few episodes on MST3K in 1999.
Well I tell you, I was jumping for joy, this poor little low budget movie was now going to appear on my favorite television show and best of all I was going to be made fun of by my flesh and plastic heroes.
Joel had left the show and was replaced by head writer Mike Nelson. I as so many others really dug Joel and for me Mike was a tough sell in the beginning. But he grew on me and beyond that he would mock my ass.
So the calls went out to all my friends who were involved and we gathered on a cool Los Angeles night with beers and BBQ to watch. Let me tell you, it was one of the greatest nights of my life. We were all laughing our asses off and reminiscing about the picture. But in the end we all felt a bit sad, because it was the end of a great show and trip down nostalgia lane.
That particular episode was one of the highest ranking ever for them. The one thing I think we were bummed about though was the fact that we didn't get ribbed enough. There times watching the film we expected to get nailed but didn't.
Then again who can forget classic lines like:
SERVO: "Hey, it's Jean Claude Van Damme!"
MIKE: "Eh, it's more like Jean Claude Gosh Darn"
or
SERVO: "The movie packs more "Huhs" per second!"
I could keep going, but that would take the fun out of it for you. You know I've worked on more movies than I can count and most I remember. But there are few I have fond memories of, this is one of them. "FW" wasn't an easy shoot and perhaps after 13 years of separation, (wow that was a long time ago) memory smoothes things out a bit.
I really wish these cats were still around because I have a few other golden nuggets of cinema I would love to toss their way.
Kudos guys for making us laugh!
- DW Kann

Posted by Darkside Films at Sunday, October 26, 2008 Links to this post

Darkside Films has recently optioned five projects from writer Edward Pickman and they will be put into the pipeline for development asap. We're very excited about the news since the properties vary in genre/scale and expand our current production roster.
The first two screenplays we're moving on are "Nocturnal" (working title) which is a monster movie and "Wetbacks" a comedy dealing with Hollywood's runaway production problems.
We're also pitching an in-house project entitled, "Shifters" a Sci-Fi film noir which deals with two detectives who discover a town in Maine that has many secrets.
Other than that we're still forging ahead with "Frozen" and "Sever" still working out the financial details but all is looking really good right now.
Posted by Darkside Films at Monday, October 20, 2008 Links to this post

"Just leave the gasoline and I will spare you your lives...." 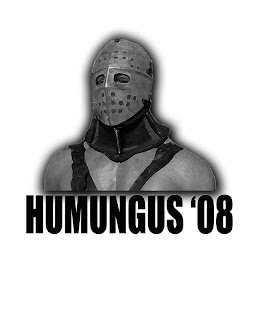 "Frozen" and "Sever" on track 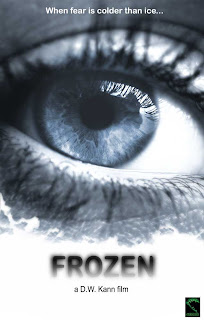 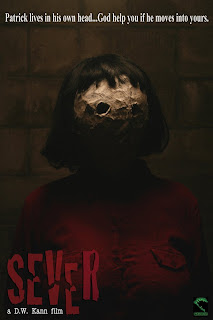 Currently we are looking to shoot our two films "Frozen" and "Sever" in Wisconsin this coming Winter and Spring. We have brought on a new Executive Producer Wayne Clingman who was one of the people instrumental in creating the film tax initiative in his State.
Wayne and I met last year at his "It Came From Lake Michigan" film festival where we began our friendship. At the moment despite the economy, we are forging ahead looking for investors to bring these two films to the screen.
We have Letters of Interest from key crew members and most of the actors on both films including almost all of the leads. Plus a Letter to Distribute from a distributor for both pictures.
If you're interested in viewing our Investment Prospectus package please email us here at: d.w.kann@darksidefilms.com
You can also visit the Darkside Films main website where we have trailers and more info about both these projects.
Posted by Darkside Films at Monday, October 06, 2008 Links to this post