Posted by Darkside Films at Thursday, January 29, 2009 Links to this post 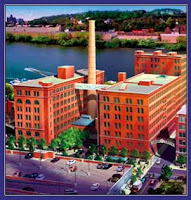 Listening to "This Mortal Coil" at the moment while I write this
which sends me back to the early 90's living in Pittsburgh and going to college at the Art Institute of Pittsburgh. I was an Industrial Design Technology Major, which is fancy for getting a degree in learning to make kiosks for trade shows..go figure. I went for make-up FX.

So bare with me and this little diversion from my last entry at least for a moment as I explain two instances that led me to write Sever. Let me jump to the second first. The second moment that changed my life was in around 1991. A lot was a blur then, between working on films as a prop guy 24/7 and going to school I’ve been able to become a robot.

So a close friend mine at the time Steve and I used to "hedge" which is a term or slang for all I know about climbing the outsides of buildings, bridges etc. Something we just like to do with no nets, ropes or anything fancy like that.

It was pretty hairy to say the least, walking underneath railroad trestles during a full moon or abandoned buildings at night with only a flashlight. I have been scared in my life, but nothing has scared me like these two 5 story buildings located along one of the Alleghany River in Pittsburgh.

They were skeletons now, broken windows, debris everywhere, stairwells knocked down by DEA agents to keep the riff raff (me) out and off the top three floors. Not a chance, Steve and I had been all through out these buildings day and night. Both of us have had near misses in that place which I can go on about on another thread. But there were these two times I felt true fear and from what I can recount probably the only times in my life I was ever that scared.

1. We had ventured into the basement of building two. We each had small pen like flashlights. The safety of the structure didn’t bother us as much as the homeless who hid amongst the shadows here.

So we get down to the bottom of the stairs and there is a room with no windows. I'm the first who walks in, then Steve...I think he was with me, I might have gone in by myself, can't remember exactly. It was dark, darker than anything I've ever seen. The place smelled musty, I could hear water trickling down the walls. It was a stale musty silence, and I could literally hear my heart beating, loudly. I scanned the narrow beam around the room only illuminating a small portion of space at a time. Nothing. But man I could feel as if someone was standing just out of reach-

2. On a different day, late afternoon. The sun was setting across the river. Orange light poured in and throughout the building. Steve and I climbed up in through building ONE, went across a rotted wooden bridge into the other. From the 2nd floor of building TWO we wanted to see how long it would take to get to the roof. We split up and each of us had been here now 5+ times so we knew the buildings pretty well. We made it to the top no worries. The sun is lower now and we begin to hear a pounding of muffled metal to metal or maybe to wood. It echoes through the structures remains.

Steve and I race down two floors and pin point the sound...it came from building one, on the floor above where we could get out. As I come to the window adjacent I see a man or actually an arm holding a shiny new hatchet catching the glint off the barrel fire. It scared the hell out of me. Steve was my witness, I assumed he was just chopping wood for the fire. But we didn’t wait around.

We freaked and ran down to the first floor of the building and as we approached a window to get out. Another group of taggers were trying to get in. The saw us running at them from the outside and bolted like a shot out of hell. I guess thinking that we were crazy vagrants coming to eat them. It was the funniest God damn thing I ever saw. They were scared shitless and by the time we got out of the building they were at the other block and still going.

…..next artcl. We discover someone famous is living in the warehouse.

These buildings are the ones I mentioned and they look the same in the first pic as they did in 1991-1993. Located in the strip district (on the south shore of the Allegheny River), are now high-end lofts (not photographed). Notice the tree growing on the roof of one of the structures. Thanks to Jeffery Eck for the updated information about the lofts (11/12/06). Photo taken 10/8/01.

Oh man here is what they look like now, found this link and image…
NEW BUILDINGS/ARTIST LOFTS

Posted by Darkside Films at Tuesday, January 27, 2009 Links to this post

"Sever" is an experiment, a series of experiments actually on filmmaking and the art of promotion. I completed the first two acts of the script and it took me almost a year later to complete it.

It took me that long to figure out and decide on which avenue less traveled I should venture that was in my head. By this point my life had changed, I was in England overseeing the edit on two films and this was my second time over there. I arrived and was detained for several hours in London, when finally arriving at my destination November 2007. I stayed in a pub called The Buck Inn, actually it’s a B&B of sorts in the North East of the country. It was a place located in the middle of a tiny village called Chop Gate(Yat) a Viking term. It’s along a busy stretch of road which I eventually would hike 4 miles a day down on my next trip over.

I digress, it was raining and the tele only picked up four channels. Now this being a Sunday and I had no transportation mind you so it was a perfect stay in and write day- plus have a pint or two and Yorkshire pudding. Now I know you're thinking Yorkshire Pudding sounds like Blood Sausage when in fact they are nothing alike. Yorkshire Pudding is a very yummy meal that consists of a meat, potatoes, veg and the pudding is a honey color glazed tiny bread bowl or more like fried dough with no powered sugar sprinkled on top. The slices of beef or ham sit on top and covered with gravy, very tasty.

But before all of this as my reward I sat there hours earlier with a cup of tea, staring at the same laptop that sits on my lap now. I wrote the end of the film. It was easy, perhaps too easy for after I completed this years long task, the last 20 pages came out too easy. I sat there and thought- "That's it?"

Now this is neither a good thought or bad mind you as it can be perceived either way. It was a thought of “wonder.” Wondering if this "was" actually it. I re-read it and still wondered.

So I did what any writer would do, I put my computer to sleep and went to have a pint or two....
Posted by Darkside Films at Thursday, January 22, 2009 Links to this post

The "Prisoner" has escaped... 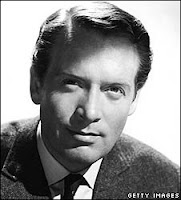 Posted by Darkside Films at Thursday, January 15, 2009 Links to this post

"Let The Right One In"

Just finished watching a screener to see if we're going to pick it for a midnight show at the upcoming Martha's Vineyard Film Festival this March.
I have to say that even with the critics raving about this film it meets up to expectations and more. I was instantly taken in by Osker and Eli's relationship. Truly a great chemistry between them that left me with a big old smile on my face. This is one for my library and I may have to watch it again before the festival. It deeply stuck with me.
Posted by Darkside Films at Saturday, January 10, 2009 Links to this post

We know that in this economic time it's hard for anyone to keep their chin up- let alone donate to company they may have not heard anything about.

But after years of toiling with investors, distributors etc. We have decided to go right to the fans themselves who we work for and along with. We are in the stages of creating a new frontier of media from the Darkside Films company.

A Darkside Films channel is being created for viewers to visit and watch current programming
such as the "Sever" 12 Webisodic Series that will begin airing in October 2009. Which will be downloadble for $1.50 per 20 minutes episodes. Only $18.00 for four hours of high quality material.

The "Sever" feature will be downloadable for $5.00.

FREE Behind the Scene featurette's, interviews, blogs, Darkside Blog Talk Radio, Darkside Girls. This is only the beginning.

We will also put out a DVD/Soundtrack set that will contain a full color coffee table book from behind scene stills to production shots, T-Shirts, signed posters and further merchandise.

So even if you own the DVD or you just download the Webisodic series and other featurettes we feel you'll have more information you'll know what to do with about this series.

We already have plans to do an additional 24 Webisodes in 2010 that will continue the saga.

So this is what we're about and how we want to give back to you our loyal fans. All films will be shot using the RED ONE camera so you know the quality will be there and the downloads will be in HD. The DVD will be in red and blue ray.

The "Sever" feature and series will be UNRATED.

All we're asking for is a small donation of $100.00 which you can either pay online via paypal or you can send us a check or money order to the address below. All donations will be held in a non interest barring account under Darkside Films LLC and if the films are not made due to lack of financing. Then all monies will be returned to donors.

We encourage you to download the PDF to the left and read more about this project. You would need to send us the signed attacment on the document so that we both have a record of your donation. We're offering several items to the donor including their name in the end credits. So it's worth a look.

We also plan on having more deals and giveways as we get closer to the October deadline.

Keep up to date by visiting our blog often as well as the official www.severthemovie.com page